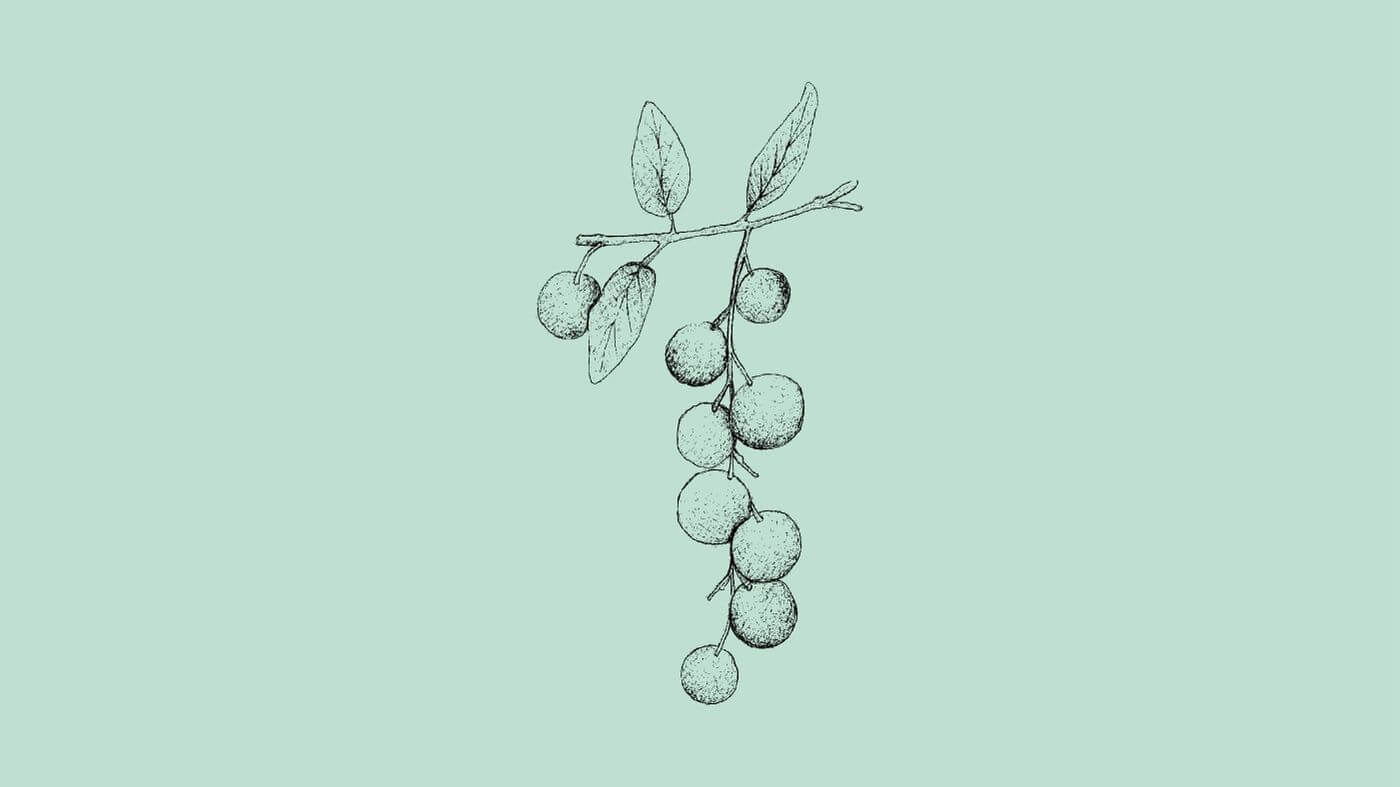 Chokeberry is also known as:

There are three known varieties of chokecherry that include:

A related cultivar that can be easily found is called the Canada red.

In late spring, the dark green leaves of the chokecherry provide a background to white flowers that grow in dense clusters with spring and summer bloom time. They eventually give rise to bright but dark red fruit that eventually ripens to a dark purple.

Unpruned chokecherries can grow up to 20-30 feet in height, making it more of a small tree than a shrub.

Why do they call them chokecherries?

Chokecherries derive their name from their astringent and slightly bitter flavor before ripening.

Even when ripe, these berries can have a taste that many consider unpleasant.

Where does chokecherry grow?

Chokecherries can be found in various areas across the United States and Canada. It grows naturally in USDA hardiness zones 2-7.

These are areas with full sun and sandy loam or silty soil, which means it’s most typically found:

In these areas, chokeberry may be found in individually growing plants or within a thicket of tight shrubby plants connected and tightened through the many suckers produced.

Although chokecherry can handle part shade, it will not do well in overly shaded areas. And while it tolerates many levels of soil ph, it will not grow well in soils with heavy clay content or regions that are overly moist.

From an environmental standpoint, chokecherries are often deliberately used to prevent soil erosion or to create a food source and habitat for local wildlife. Its prolific white flowers are a powerful draw for pollinators of all kinds, including the silk moth.

It is particularly well known as a favorite home for:

These are not positives as these are known pests and are often a threat to other fruit trees and nearby plants.

Chokecherries have a number of identifying attributes.

The following are the most notable:

Accurately identifying chokecherries is crucial to those who grow or farm sweet cherries or peaches. This is because chokecherries are susceptible to a disease called X-disease. When near these other fruit trees, leafhoppers can spread this disease and infect the surrounding trees.

Chokecherries are not the same as wild black cherry trees (Prunus serotina).

Perhaps the biggest difference is the flavor. Where chokecherry will have a tart, sometimes bitter flavor even when ripe, black cherries will be sweet and flavorful.

Can you eat chokecherries?

The fruit of the chokecherry is edible. The leaves and seeds are not.

The seed of the chokecherry contains amygdalin which the body will convert to hydrocyanic acid or cyanide. Cyanide has a high degree of toxicity and can impede respiration.

Eating the fruit of the chokecherry will not have an adverse effect if only the flesh is eaten and the seed is spat out.

But because the fruit is so small, the largest risk for toxic overdose is to livestock and children who may not know to spit the see out and swallow them instead.

How to use chokecherries in the kitchen

There are a number of ways to use chokecherry in the kitchen, the most common of which is by making jams and jellies.

For most recipes, you will first need to extract the juice from the chokeberries. Keep in mind that chokeberries are small, and you will need to collect quite a few to produce the right quantity of juice.

Juicing chokeberries is a simple process:

For reference, one pound of chokecherries will yield approximately 2 cups of juice.

For a simple treat, try making Chokecherry syrup and add it to oatmeal, pancakes, or desserts.

Lorin is a writer, photographer and nature enthusiast in Sacramento, CA. In addition to gardening, she makes a regular practice of forging for edible plants and flowers. Nature nourishes if you know where to look.

The top 3 edible mushrooms in Alabama are known to be chanterelles, oyster mushrooms, and hen of the woods, so try targeting these on your next wild mushroom hunting expedition. Although morel...

Ostrich fern, scientific name Matteuccia struthiopteris, is a native plant to North America and a member of the Onocleaceae family. It is known for its distinct beauty and the edibility of its...

At Foraging Guru, our mission is to make foraging fun, easy, and practical, so we created a website where we can share our knowledge about foraging wild edible plants and fungi.

We're a passionate team of foragers who are on a mission to empower everyone around the world to learn about wild ingredients, how to identify them from the landscape & how to harvest them safely.