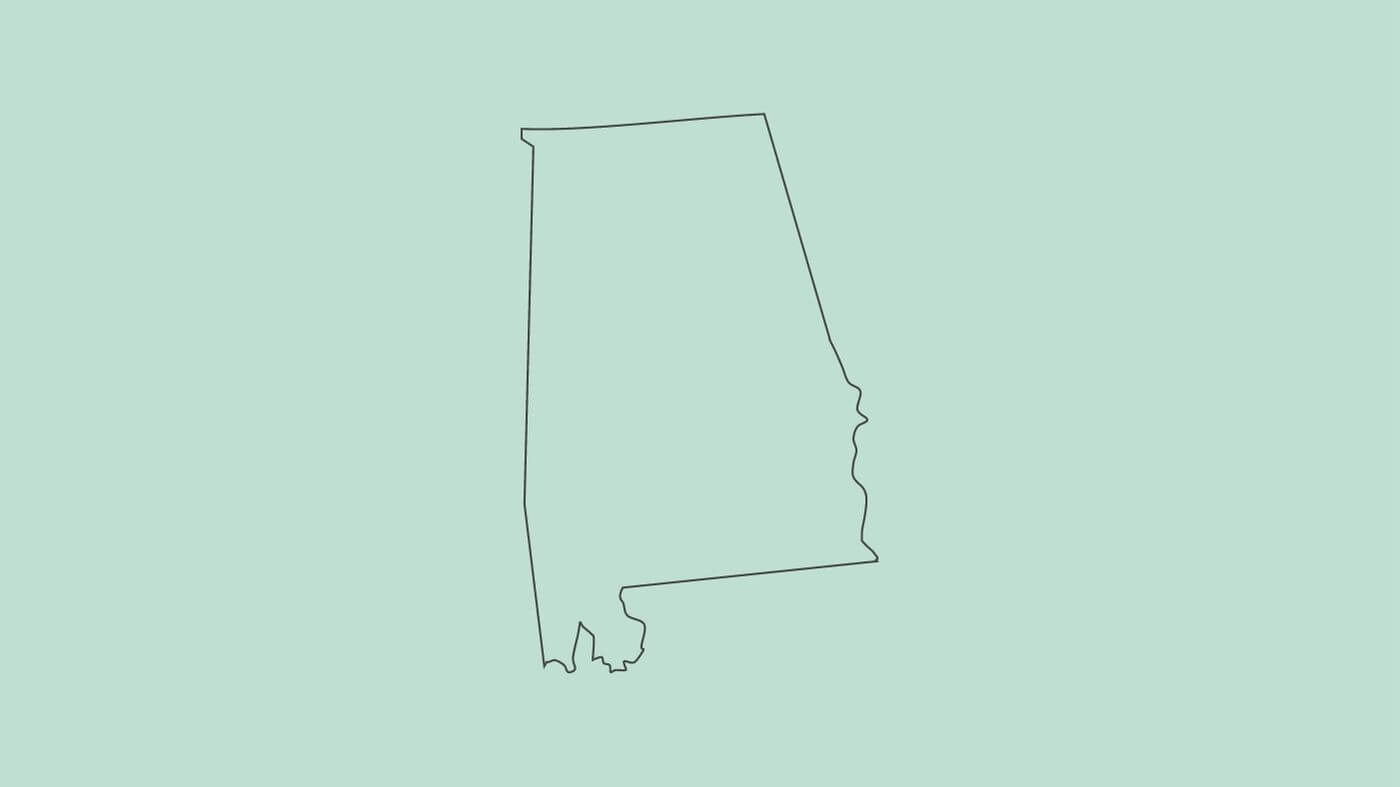 If you feel lucky, you could probably find a secret patch somewhere outside Birmingham, Auburn, Dadeville, or Montgomery, as they do thrive in the Southeast when the conditions are just right.

Also, check out our video below on the 7 best tools to forage mushrooms.

S. crispa is often found under mature oaks and hardwoods, but it can also be found under pines, and it is usually present in late summer or early winter.

It can grow to over 10 pounds in weight and is described as having ‘short and contorted branches of a white to tan color.

The fungus has a very unique flavor and should not be hidden under overwhelming sauces unless you have a large amount.

This meaty fruitbody has an almost herbal quality and lends itself well to soups, given that it does not degrade when boiled.

It’s best to get morels when the soil is about 55F in early spring. Find them on slopes and fields with moderate moisture (intermittent sun exposure).

Morels grow with plants, usually trees like privet, apple, elm, ash, and oak. Moss beds or disturbed soil are good places for them to fruit. They can grow in clusters, gregariously, or alone.

Morchella stipes and caps will always be hollow. Pileus (cap) colors range from yellow-tan-grey-dark brown and often have blackened edges as they age.

Morels dry and reconstitute amazingly well and store (completely dry) for years. It’s also quite delicious, powdered as a robust, meaty seasoning. It’s important to cook morels well as undercooked can cause ‘poisonings.’

Even if you’re powdering the mushrooms as a seasoning/salt, you should bake them at 170F.

Several species grow in Alabama. Normally found growing individually, in small clusters, or gregariously on the ground, but never on wood. In central Alabama, the first pins – emerging mushroom fruit – should sprout around mid-May. In North Alabama, the season starts later.

Colors range from white to yellow to orange to dull-yellow/tan, and some even have pink false gills! In addition, they have deep ridges instead of true gills underneath their caps.

After pan-frying them for a bit, you add butter along with garlic if you want to provide a soft, velvety mouthfeel with just a hint of crunch. The chanterelles are good by themselves, in an omelet, or just spooned over steak.

Available in summer to early winter. They grow in woodland clearings, grassy areas next to woodlands, and occasionally in stable sand dunes. They also rarely grow on disturbed ground like gardens and allotments.

The fruitbody takes on a parasol shape on a very tall (over a foot!) stipe. Young caps are usually bullet-shaped or egg-shaped. Gills are free (don’t attach to stipe), white (sometimes with a rosy tinge), crowded, and drop white spore prints.

It’s tough to cook parasols – they’re spongy and need a brisk heat to keep them from turning flabby. It works best to fry them with their deep gills downward in just a little oil or fat, then crisp them up on the other side.

As the “true oyster,” Pleurotus ostreatus are stimulated to fruit by drops in temperature, so expect to see them during the fall and winter months. It’s common for them to grow on dead trees and logs.

Their favorite trees are deciduous, like oak and beech. They like open, leafy forests, and they grow in shade.

To prepare, take off the bottom stem. Cut off the stem of the mushrooms to separate the caps. Saute in olive oil for 2 to 3 minutes. Add a smashed garlic clove for flavor. Last 30 seconds, add chopped herbs and lemon juice. It brightens and lightens the flavor.

Lion’s mane grows on dead logs in late summer through fall. Also found in the wounds of dying or dead trees, typically on hardwoods.

There are 3 types in Alabama. All three Hericium species share one common structure, teeth. Often called lion’s mane because of its mane-like shape, this saprobe (eats dead/decaying material) is easily identified by its ball shape or cluster shape. Instead of a ball, the other two form branched structures.

You can eat lion’s mane mushrooms raw, cooked, dried, or steeped as tea. Their flavor is “seafood-like,” often compared to crab or lobster.

Slice the lion’s mane mushroom half an inch thick. In a dry frying pan (without oil), fry the mushroom slices for 5 minutes. Moisture evaporates, and fibers condense, so the mushroom shrinks. Fry until golden & crisp in olive oil & butter.

In contrast to other corals or clubs, A. pyxidatus grows on wood, usually wet wood. Look for it on downed wood, especially near consistently moist creek beds. Available in the early summer through fall.

This is an easy-to-identify fungus often lumped in with “corals.” The name pyxidatus means “box-like” because of the almost box-like edges of the fruitbody that aren’t found in other corals.

Although edible, they can get bitter with age, especially when the branches brown.

To prepare, dip your coral mushrooms in the egg, then in flour again. Heat cooking oil in a saute pan on medium-low. Sprinkle some flour in the oil; when it sizzles, turn the heat to medium-high, add the coral mushrooms, and fry for 3-4 minutes on each side, or until golden.

8. Chicken of the Woods (Laetiporus sulphureus)

Often found fruiting on buried roots at tree bases, this species produces a butt-rot. Found in the spring through the fall in most areas.

The bright yellow pores of Laetiporus sulphureus (as in sulfur, a vivid yellow crystalline element) are tiny and tightly packed.

Chicken of the woods needs to be cooked before eating. They don’t have that earthy, musky flavor most people associate with mushrooms. This makes it great for a lot of recipes.

It’s usually easiest to pan-fry or saute’ in a bit of butter. Easy, quick, and you’ll have versatile cooked mushroom you can add to any dish.

9. Hen of the Woods (Grifola frondosa)

This fungus grows at the base of large old trees, which is why it is sometimes found in historic districts with large old oak trees. The hen is technically a parasitic mushroom that lives on the roots of a host tree. Available summer through fall.

Dark gray-brown in color, it grows in clusters of fan-shaped, wavy caps. It is named after the fact that it resembles a hen sitting on her nest. It is absolutely delicious, and it’s very common to find very large flushes of it.

With a peppery finish, they have a strong savory, earthy flavor. It is best to serve them cooked.

Remove any soil from mushrooms and cut them into 1-inch dice. Over medium-high heat, melt butter with oil in a large skillet.

After the butter stops sizzling, add the mushrooms and sauté until tender, about four minutes. Add the shallots, garlic, thyme, salt, and pepper to the mixture. Serve after 2 minutes of sautéing.

Fistulina hepatica is often observed from a distance as a hunk of beef growing from a tree. The beefsteak mushroom has an interesting characteristic, in which the individual pores are actually individual tubes that are not fused together. It is easy to separate them. Found in the late summer through fall.

The fruit body is somewhat pliable, and the texture is similar to raw beef, distinguishing it from tough Ganoderma species.

In addition to the streaked and marbled interior, the flesh will exude red liquid when squeezed, highlighting the similarities to raw meat.

It’s one of the few mushrooms you can eat raw. Most people prefer them raw over cooked. It’s citrusy and almost meaty, like cranberries.

The beefsteak fungus should be cleaned and cut into thin slices before being placed in a frying pan with finely chopped shallots and garlic. Simmer for 10 minutes with barely a covering of water.

When the liquid has reduced to a thick sauce, add pepper, salt, thyme, and a chunk of butter.

Are there any poisonous mushrooms in Alabama?

Yes, there are many poisonous mushrooms growing in Alabama, so exercise caution when foraging for wild edibles and always consult a field guide.

The most common poisonous mushrooms in Alabama include:

Ana has always been interested in all things nature and flora. With her expertise in home gardening and interest in foraging, she has been spending her weekends and free time looking for edible native plants, flowers, and fungi. One of her many hobbies includes testing new savory and sweet recipes, juices or teas made from freshly picked plants, wild fruits, or mushrooms.

link to A Forager's Guide to Chokecherry (Prunus Virginiana)

Prunus virginiana, common name chokecherry, is a large, deciduous shrub. Chokeberry is a native plant of North America. The chokecherry fruit presents itself from August through September and is...

Ostrich fern, scientific name Matteuccia struthiopteris, is a native plant to North America and a member of the Onocleaceae family. It is known for its distinct beauty and the edibility of its...

At Foraging Guru, our mission is to make foraging fun, easy, and practical, so we created a website where we can share our knowledge about foraging wild edible plants and fungi.

We're a passionate team of foragers who are on a mission to empower everyone around the world to learn about wild ingredients, how to identify them from the landscape & how to harvest them safely.

We use cookies to ensure that we give you the best experience on our website. If you continue to use this site we will assume that you are happy with it.Ok